“BEWARE THE PROMISE TODAY, is a photo essay about the demise in Guyana, in the early 1970s and the very first trains to be introduced in South America in 1846. It looks at the impact on the Guyanese people – in particular the poor and vulnerable, of a peculiar political culture that arose in that time and has continually plagued the country until now.”

“FLAMBEAU an extract from Earl Warner’s Man Talk. It features Clairmonte Taitt, who gives an evocative performance as Nathan questioning whether he is a West Indian man or of a different sort. Flambeau tells intimately of a set of circumstances situated within the frustrations and regrets of old age and the loss of “something fundamental”.

Both photo essay and film will be featured at part of the recognition of International Men’s Day 2019 at IGS’s launching of ‘Issues Guyana’ . Come out and listen as men share their stories about growing up in a rape culture in Guyana.

Errol Ross Brewster is a Caribbean artist living in the United States with over four decades of a Caribbean-wide, multi-media imaging practice and has participated in multiple exhibitions, regionally and internationally. 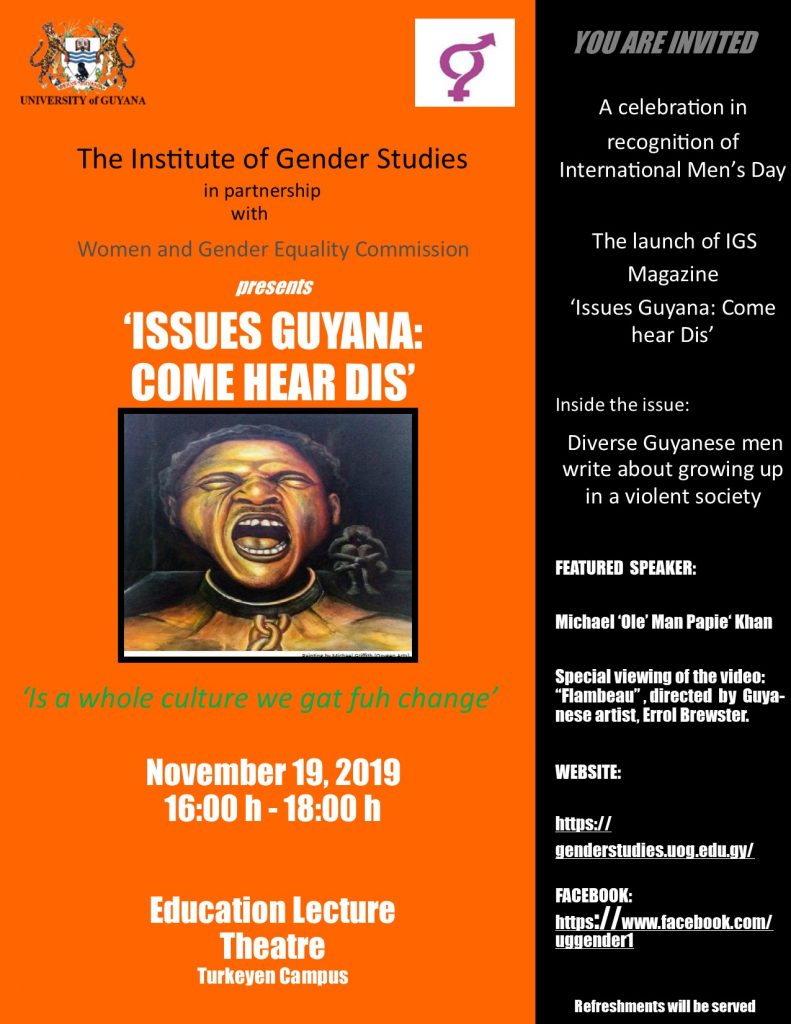